Read the experiences of CIS-students with their introduction weekends!

In September 2018 I went on introduction weekend with Commotie. I had just started my first year of university and things were still very new and exciting for me. My first days of school were a bit overwhelming because, as a new student, you suddenly have so many new responsibilities! You have to make friends, find your way around the city, get used to your studies.. It’s a lot!

Luckily I was convinced to come and join the introduction weekend. At the weekend, you can very easily get in contact with both new and already experienced CIS students! In this way, you can share your experiences as a new student with fellow newbies, and at the same time learn a lot about student life from people who already have been students for years!

During the weekend we played some fun and laidback games to get to know each other and of course there was also a bit of partying :) When I returned from the weekend, I felt much more confident at school now that I had made so many new friends. I was completely ready to start my new life as a CIS student! 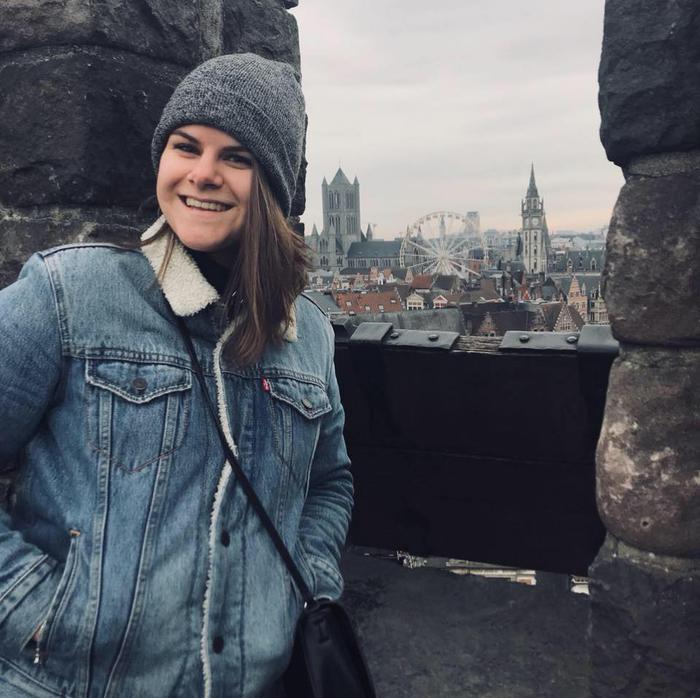 Last year when I decided to join Commotie and signed up for the Introduction weekend I had one goal: to have a fun time and get to know my fellow students. I can definitely say that I had a very fun weekend, where we played games, partied at night and got to know other students from my studies. Even now I still talk and hangout with people I met at the introduction weekend! The first night I partied so hard, I felt quite hungover the next morning, but after skipping breakfast and eating “knakworstjes” for lunch I was already feeling much better to join the planned activities.

Not only did I get to know my fellow students, I also learned a lot about Commotie itself, what great opportunities it brings and how being a member can have many benefits.  At the introduction weekend I also learned which different committees Commotie has and could see which one appealed to me to maybe even join!

All in all, I can definitely recommend the Introduction weekend as you will definitely have a great time! 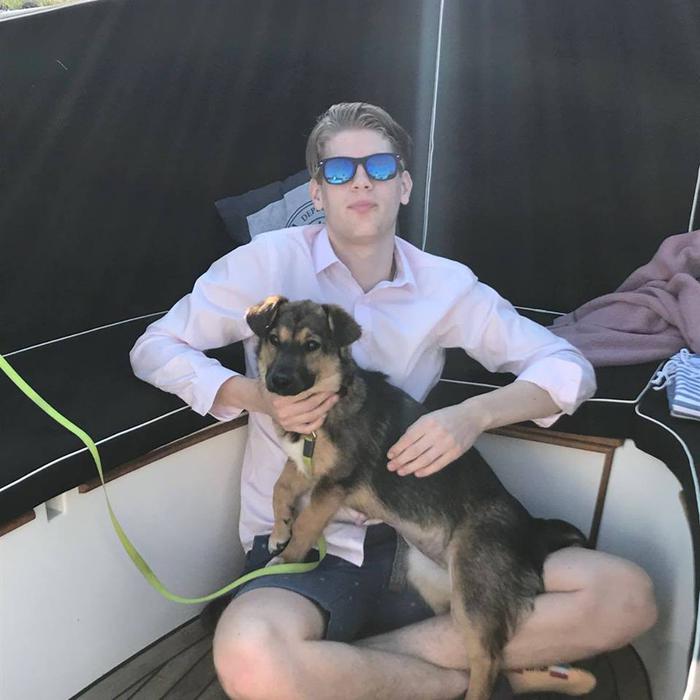 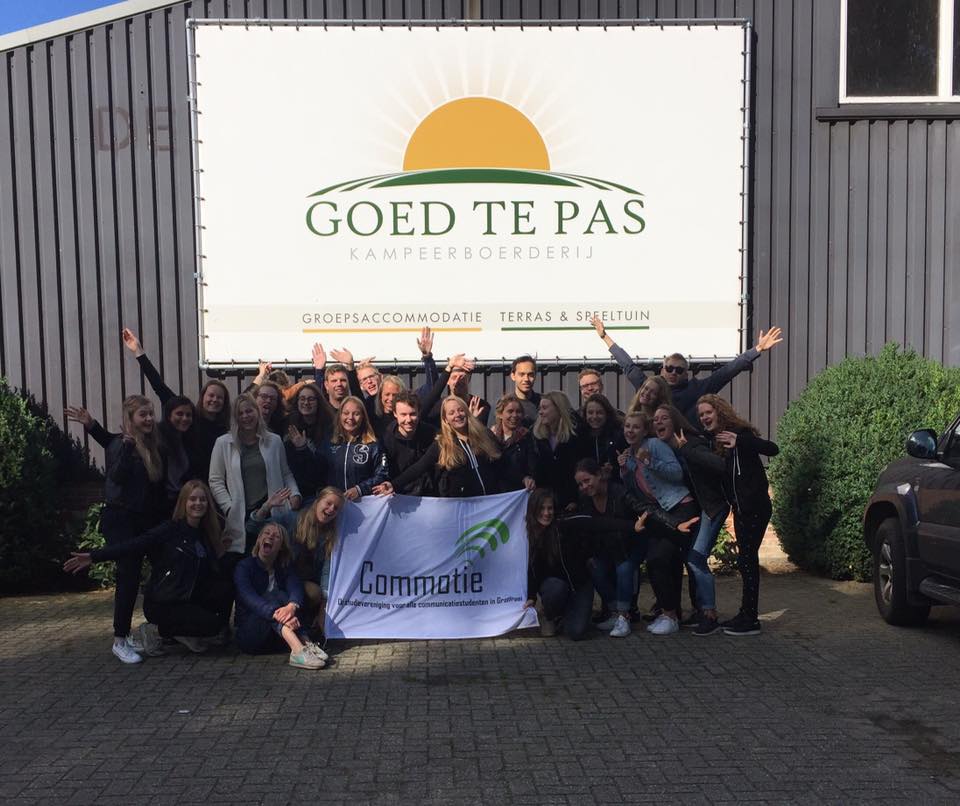 On Friday the 8th of September, I had packed the biggest bag I could find, stuffed with everything I thought it might be needed on Commotie’s introduction camp. The item that filled most of the bag was one I had to bring for the theme of the weekend, Commotie in the wild, and it was the most inconvenient shark resembling suit that has possibly ever been made. Nonetheless, I managed to pack everything I needed and I went to meet all of the new first year students at the railway station.

We went with the whole group to Haaksbergen, and after a fun 2,5 hours of travelling by train and bus, we arrived on our location. Once we arrived at the accommodation and everyone had settled in, we started off with some easy games to get to know each other a little better. They were great fun, and after I realised there were 3 girls called Sanne, learning everyone’s name was easy to do. Then, after we had a delicious dinner, the bar finally opened, and I had a great night getting to know everyone even better while playing beerpong and some other drinking games. I had a blast.

The morning after, while 85% of my newly found friends (including myself) were still in bed, wondering where it all went wrong, the rest of the group was working on getting over their hangover by doing some morning-gymnastics. When everyone started feeling a little less miserable, we had a whole afternoon of playing ‘real-life Cluedo’, trying to find out who of the animals killed the unfortunate victim. We then had another great dinner and started gearing up for the theme party that was planned for the Saturday night. Everyone pulled the best animal-looks from their bags or suitcases, and we had great fun acting out some scenes from famous movies, or acting out well-known Dutch proverbs. After that, the bar opened again and we had another night of great fun.

I don’t remember much from the road back home on Sunday, because I think I was asleep for the whole journey until I got home.

Put shortly, the introduction camp is a great way to get to know your new fellow first year students, as well as befriending students who are in the 2 nd or 3 rd year. The friendships that were made there while laughing over my ridiculous sharkshuit will, hopefully, last until the end of my studying career, and maybe even my whole life. 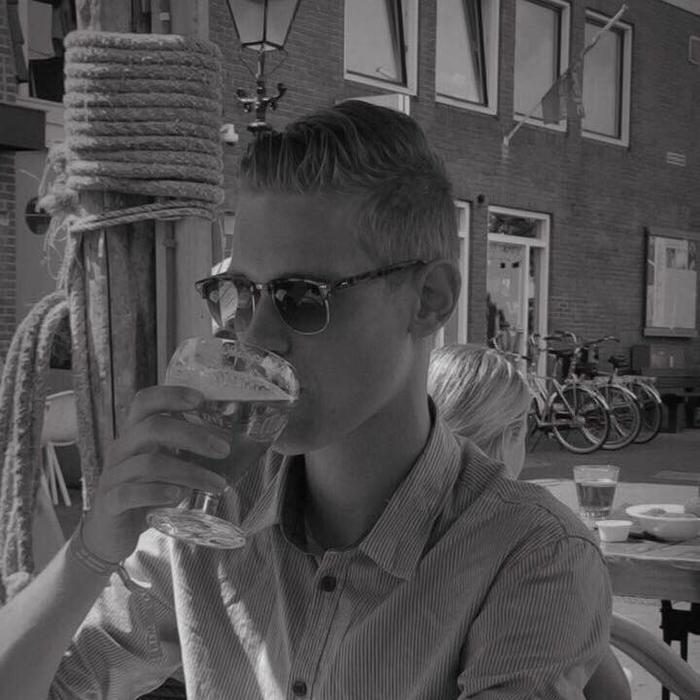 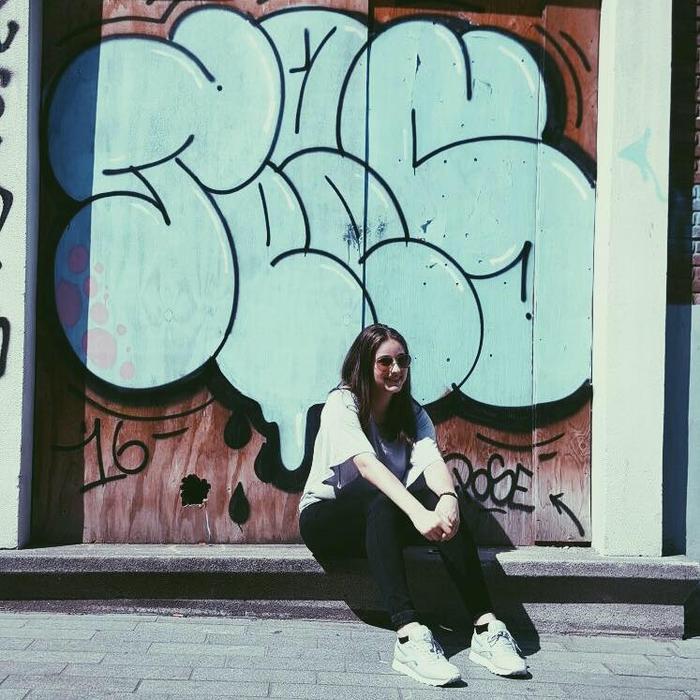 The introduction weekend of Commotie was a great way for me to get to know the people that I would most likely be spending my next three years with. The days were filled with fun acitivities and during the nights we would get to party. During the camp you also get to know the associaton Commotie and you can ask the members about their experiences and decide for yourself if you’d like to join. I knew after the camp that I’d like to take place in one of the committees and I’m still glad with that decision today. Another benefit was that after the camp I knew a lot of people in class on the first day and made friends that after this year I still hang out with. My advice would be to just come along, meet new people and make good memories. 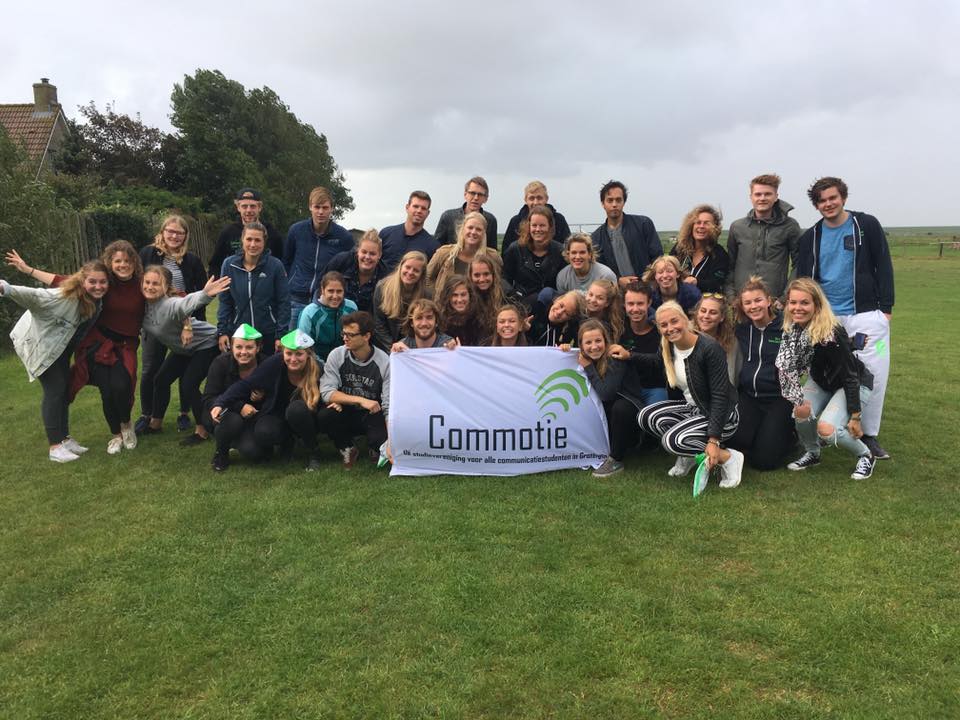